ALL SIGNALING METHODS TO ASK FOR HELP IN A SURVIVAL SITUATION 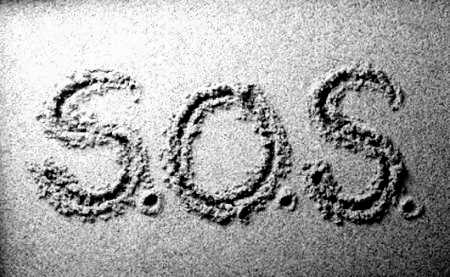 A family member, a friend will realize of your delay on scheduled time for the return and sooner or later will warn the authorities. So you have to have confidence in the rescue teams that can be greatly facilitated by an effective request for help

If, for example, a group of tourists got lost in the mountains and there are hurt, igniting a smoky fire will facilitate the rescue helicopter to locate the landing position.

We can say that the FIRST rule to be rescued is to make known our position and our situation (what is happening to us and what we need) to the rescue team or to the passersby.

Knowing the methods of research and rescue, it will help to arrange the emergency signals in order to improve its effectiveness.

Surely the acronym SOS (Save Our Ship or Save Our Souls) is the best known signal for help. Such a sequence of three letters describing the universal sign of emergency request and they can be communicated via radio, with lights signal, with the Morse code or written.

One of the most effective methods to ask for help is by radio or telephone. The speech signal, known throughout the world, used in on voice communications for help is the word “Mayday” (pronouncedˈmāˌdā, it means serious and imminent danger). The word “Mayday” derives from the French word “m’aider” that translates to: “help me” in English.

In case of danger you have to communicate the word and repeat it for 3 times, and then specify your position, the nature of the hazard and the conditions on board.

Repeat the message until you get a response. Do a time interval between messages.

Fire is the most effective method to reveal to the rescue team your position both by day and night.

Create a fire that produces very thick smoke. Use branches and green leaves, grass, straw, musk or damp hay to get a white smoke that will be indicated for clear days.
With a cloudy weather would be better to create a black smoke. Burn rubber, plastic, rags soaked in fuel oil, if you find them. 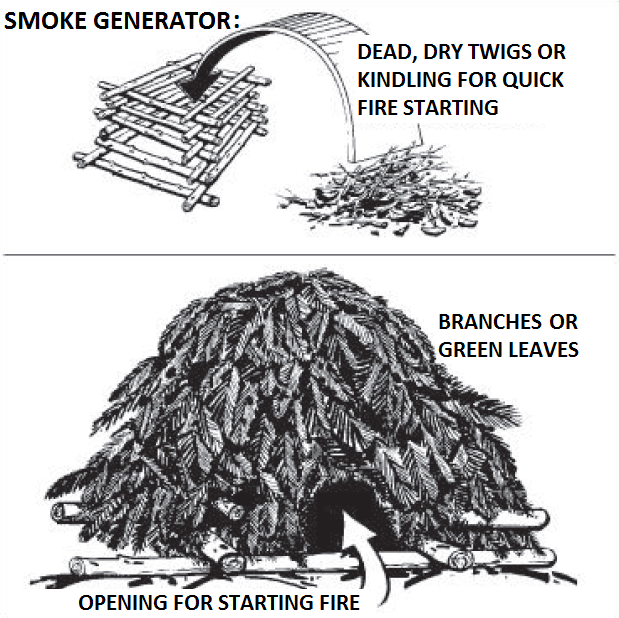 Always try to make many fires, the ideal would be to kindle three fires positioned so as to form an equilateral triangle.

The fires must be made preferably in an elevated area, or along the course of a river. Do not light a fire in a wooded area, in the presence of strong wind, snow or rain, it would be a waste of time.

The color of the smoke will have to be contrasted with the surrounding environment: white smoke (burning green leaves) on green or dark surfaces; dark smoke (burning plastics) on clear surfaces, or on snow.

Instead of night you have to make a big and very bright fire. Abound with wood, preferably dried, to create a strong flame.

Shout: shout the word HELP holding your hands at sides of the mouth.

Whistle: the whistle is very useful and is always recommended as an indispensable object in every survival kit. With the whistle you can produce a sound that can be felt at great distances, especially by the dogs and you do not consume much energy using it.

Shoot: if you have firearms, blank guns, gunshots, explosives or firecrackers.

They are also fine the percussion signals. Beat on objects that are good conductor of sound (eg. slamming the blade of the knife against a metal object).

If you have a glow sticks (starlight, cyalume, trekking light, fishing light) use it to report your location. The chemical light produced by the bar (chemiluminescence) can last from 8 to 24 hours, depending on the model.

On the ships you can found soluble dyes in water (fluorescein, uranine). These substances dissolved in the sea emit an intense fluorescence that allow to the rescue team to locate the position following the colorful trail.

You can use your body as mean of communication: waving violently your arms from above downwards, holding pieces of colored cloth or shiny objects, for example an aluminum foil during the day, or a torch or a burning stick during the night.

When an aircraft is close enough for the pilot to see you clearly, use body movements or positions to convey a message.

Signal must be done slowly and in a clear repeating several times.

The body signals illustrated in the following table are internationally recognized for communicating with pilots: 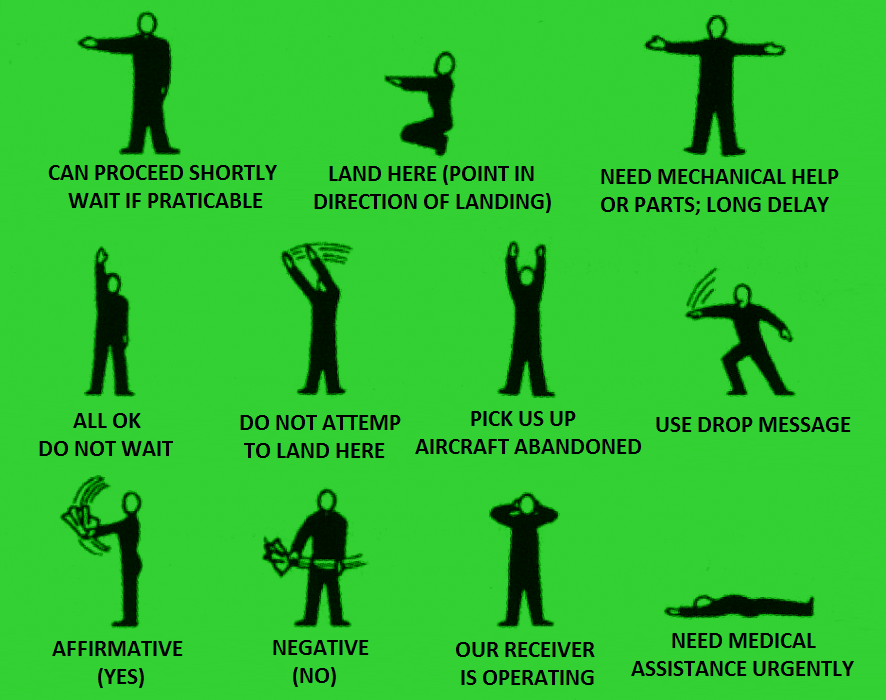 These symbols are internationally recognized by rescue aircraft and air force pilots. You should always have a printed table with these signals in your survival kit. 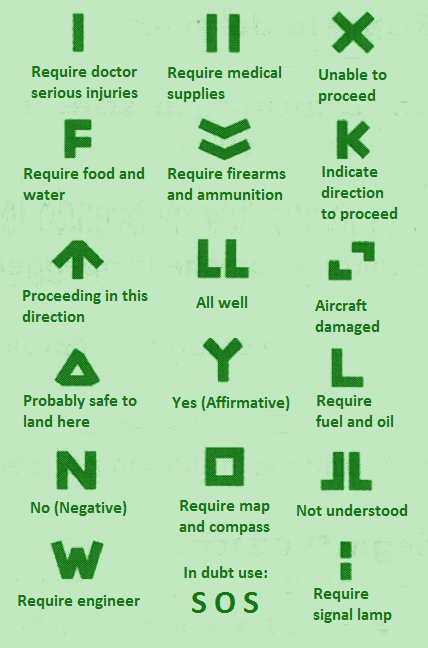 The signals will be big, visible and in contrast to the environment.

The size must be at least 3 meters (10 feet) at a distance of 4 meters (13 feet) between one and the other. To realize you can use branches, trunks, sheets, clothing, accessories, stones, bushes, strips of fabric or any other available material.

Or you can dig the ground, placing the ground removed on the edges to accentuate the shadow.

The most important thing is to create more possible contrast between the surface and the signals (eg. on the snow darker trunks are fine).

If the pilot will have understood your message will perform specific maneuvers:

In case of message not understood, the pilot:

The mobile and satellite phone are not always usable, given the possible absence of signal from the repeater or from the satellite.
Remember that your cell phone does not work where there are high-tension pylons, volcanic craters, near caves of ferrous material, in subterranean areas.

Moreover, the batteries have a limited charging time. Keep off the phone when it not in use, and to limit its use. Turn it on only to make the emergency call that should be as clear and rich in detail as possible to facilitate the rescue team.

Always carry a dynamo hand-crank charger to charge your cell phone, if you do not find the electric current.

To care for your phone: do not expose to the sun, do not wet it, protect it from rain and moisture, keep warm (near the body) in presence of cold climates.

If you have or you find a plastic bag, use it to seal up your mobile phone.

If there is a network to communicate call the police and send an SMS to a trusted person who is able to report promptly to the competent authorities your emergency.

It’s preferable to use an SMS to extend to the maximum battery life.

The radio transmission works through the issue of electromagnetic waves, so the natural obstacles limit their range. Position yourself with the receiver in an elevated area and free from natural and artificial obstacles. 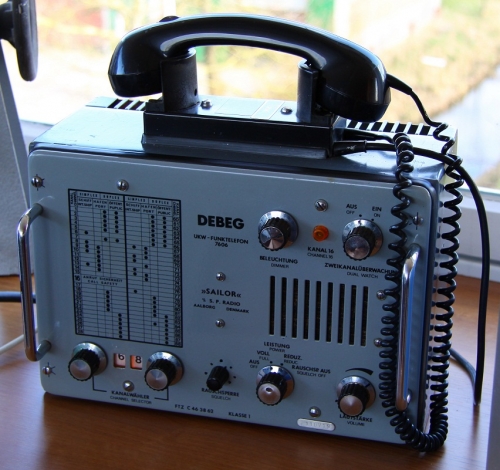 If you do not remember the frequencies or the emergency channels, first you should make an attempt on the frequency or on the channel already set. If you do not receive an answer within a couple of attempts, move to the next frequency annotating those already examined.

The frequencies between 144 and 146 MHz are reserved for amateur radio, they can be contacted in an emergency to ask for help.

If you take contact, do not speak too quickly, too loud or too low, not to risk misunderstandings. Give to the interlocutor precise information on your location, on your medical conditions and on a kind of help you want.

Remember to answer “AFFIRMATIVE” (or ROGER) or “NEGATIVE” at the questions, not use only “YES” or “NO”.

Each signal repeated 3 times in succession, is valued as a request for assistance.

It is used usually an interval of 1 minute between a group of signals (example: three flashes of light, a minute of interval, three flashes again, and so on).

This signaling system is recognized globally by all the rescue teams.

It’s a simple reflective mirror that can save your life.

The heliograph is the basis of any survival kit. It is considered one of the most effective methods for the diurnal signaling both at sea and on land. The heliograph reflection uses sunlight and can be seen from a plane at more than 18 miles and from a ship to more than 9 miles.

Any object capable of reflecting and directing a ray of light can be used as heliograph: a mirror, a fragment of glass, a piece of metal, an aluminum foil, a tin can, a lid, a compact disk, a metal box like a cigarette case or a business card holders, etc… 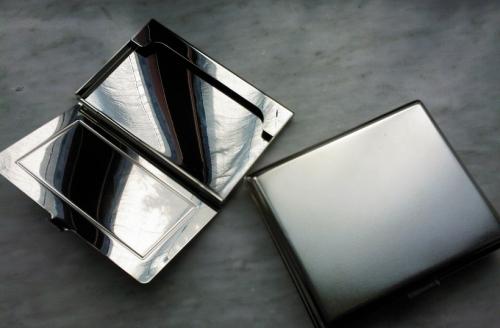 You can also use the blade of a knife: 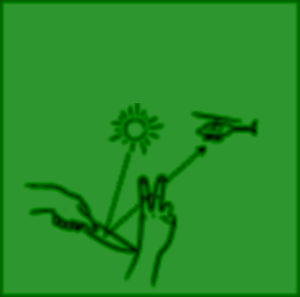 However, there are professional heliographs specially designed for the purpose, purchasable in camping stores.

With the heliograph you can transmit signals in Morse code to aircrafts and ships, but also the simple light flashes sent intermittently are fine. 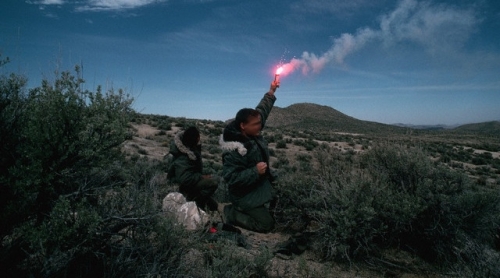 In North American countries, including the United States and Canada, the emergency phone number is 911.

The 911 allows you to connect to an operations center that is able: to locate the place from which originates the call, to record the call, to manage the call and to send, depending on the emergency type, to the police, to the fire department or to an ambulance.

In some countries there is also the 311, a non-emergency phone number for information from the emergency services, such as from the local police station, or to make simple signalings.

The 911 also works in Europe, if it is composed from more modern cellular models (especially those designed to operate in American territory), the number is recognized as an emergency number and the call is automatically transferred to 112.

However, the 911 is not an official emergency number in any member state of the European Union.

The 112 is therefore the emergency number in Europe.

112 is recognized by all GSM networks and can also be contacted without a SIM card.

Countries that have active 112 as emergency telephone number:

EMERGENCY TELEPHONE NUMBERS IN THE WORLD: 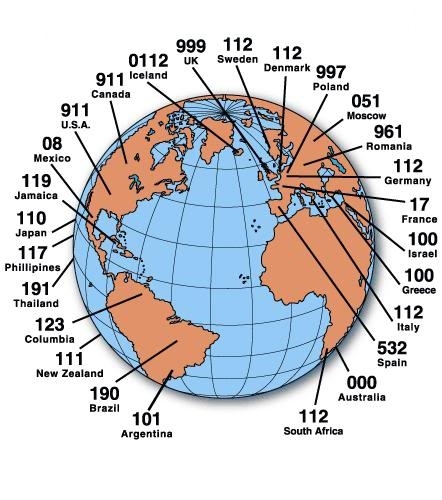 An emergency call should have the following development:

Emergency numbers should never be used for reasons not related to emergencies, you may be criminally punished in case of false alarms or jokes.

Still exist in the world, especially in the marine and in the aviation, people who have studied and know the Morse code. Remember that a Morse message may be received by some amateur radio operator. 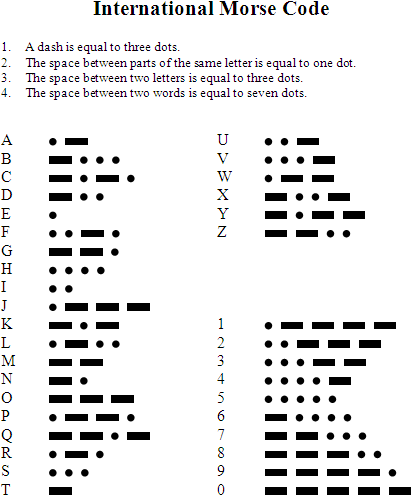